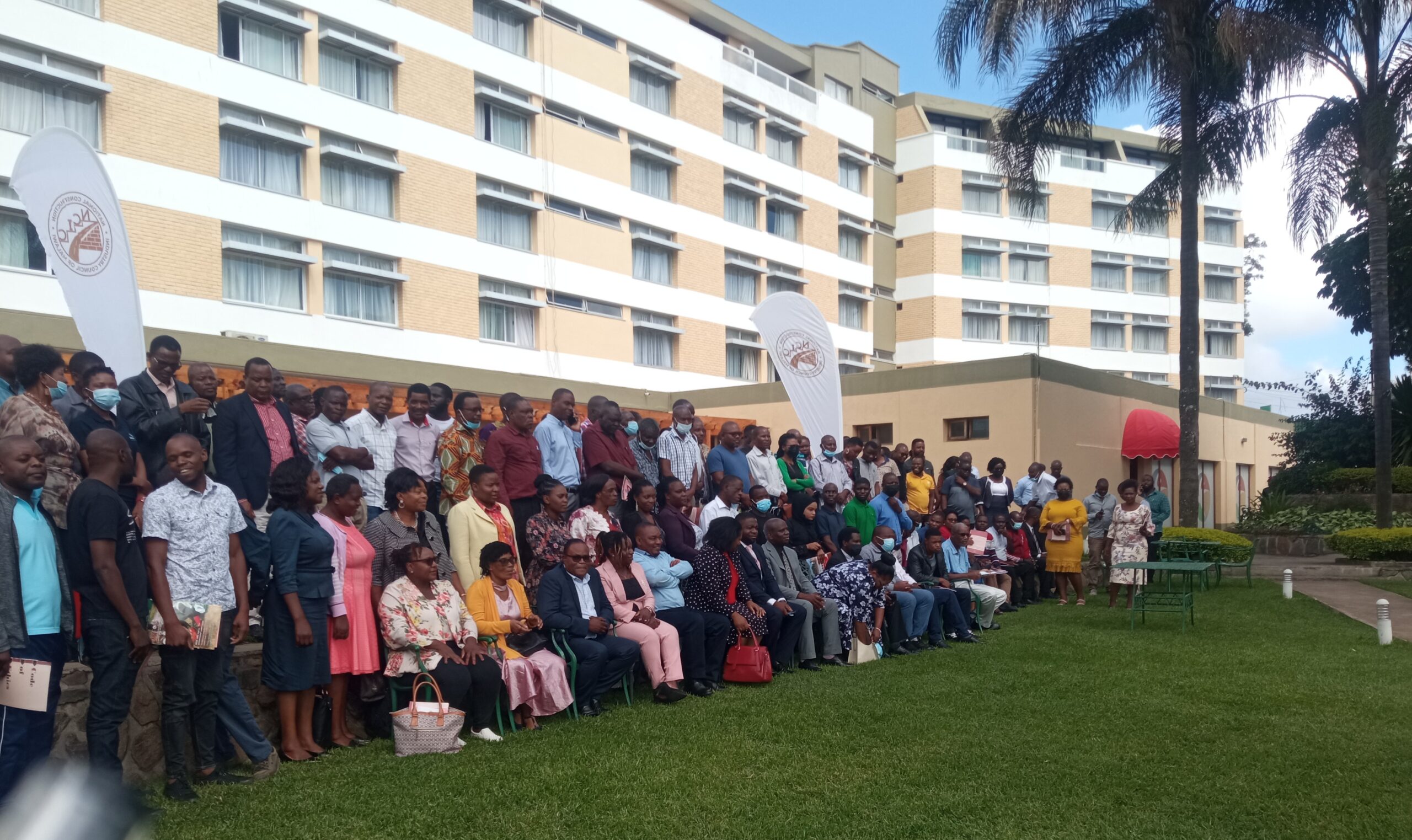 The National Construction Industry Council (NCIC), has dared local construction industry players to take advantage of the conducive climate that Government is creating for them to fully participate in the development of the country. NCIC CEO, Eng. Gerald Thomson Khonje challenged the players at Capital Hotel in Lilongwe on Wednesday the 4th of May at a workshop organized for contractors and consultants.

The workshop which was the last in a series of three workshops, was aimed at building the capacity of local players in the procurement process and technical evaluations of tenders. The workshops which started with Blantyre on the 24th of April, followed by Mzuzu on the 29th of April 2022 were heavily patronized by contractors and consultants.

In the three workshops, NCIC brought along the country’s Public Procurement and Disposal of Assets Authority (PPDA), the Department of Buildings (DoB), the Roads Authority (RA) and the Government Contracting Unit (GCU) who presented on the common flaws that hinder Malawian bidders from getting Government and private contracts.

Speaking during the workshops, Chief Executive Officer for NCIC, Eng. Gerald Khonje, implored on the delegates to take the issues presented by the government departments seriously for them to fully utilize government’s policy directives on Small and Medium Enterprises (SMEs) and Joint Venture Regulations. The two instruments are aimed at enhancing the participation of local contractors and consultants to participate better in government’s contracts.

“I am convinced that Malawian contractors and consultants can successfully undertake any amount of works and successfully deliver on the same if they play by the rules of the game”, said Khonje.

On their part, the contractors and consultants thanked NCIC and its leadership for availing such an opportunity to them. “This is the first time that NCIC has brought us together under one roof with procuring entities for such an eye-opening workshop. We wish to commend the management of NCIC for this and request that they keep the lines of contact open for us”, said a representative of the contractors, Mr. John Zinyongo.

‘Roads contracts under spotlight’ – The Nation

Nation Publications looks into legal issues around procurement in the construction sector. Read the whole story on: https://mwnation.com/roads-contracts-under-spotlight/

‘Cities helpless amid lawlessness in construction’ – The Nation

Nation Publications highlight development challenges in the construction sector attributed to poor coordination of players in the sector. Read the full article for your appreciation on:...

The National Industry Construction Council (NCIC) is piloting technical audits on three construction projects in the country in a bid to identify challenges that affect effective delivery of infrastructure projects as well as identifying solutions to challenges facing...

Sensitization on Automation of Registration System for construction industry players

The National Construction Industry Council (NCIC) was established by an Act of Parliament (Cap. 53:05 of the Laws of Malawi) for the Regulation, Promotion and Development of the Construction in Malawi. In execution of its functions the Council undertakes a number of...

RFP No.: ITB/MWI/005-2022 Project: 00126010 Project UNDP Malawi Office is seeking eligible and qualified bidders to submit their tender for the above Invitation to Bid. The detailed information on the tender and its annexes can be accessed through the following link:...